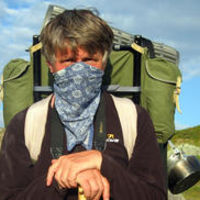 We have consistently looked to commit our resources to the development of projects that we believe offer the best prospect of generating a return for shareholders. Based on legal advice and our assessment of the limited potential for achieving an exploitation concession and the requisite environmental clearances for Ruoutevare, relinquishment of this project’s permit, together with certain other non-core permits, leaves the Company better placed to target its resources on the advancement of its most promising assets. 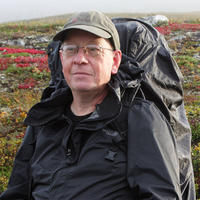 The Ruoutevare iron-titanium project consists of one exploration permit located in the municipality of Jokkmokk in the Norrbotten County. The group has held this permit since March 2006 and in August 2008 the Company announced a maiden independent JORC Code compliant Inferred Resource estimate for the project of 140Mt grading at 39.1% iron (Fe), 5.7% titanium (Ti) and 0.2% vanadium (V) at a cut-off grade of 30% Fe. The estimate was principally based on 32 diamond drill holes, drilled by the Geological Survey of Sweden (SGU) in the early 1970s, and Beowulf's exploration activities have primarily been limited to geological mapping and the commissioning of metallurgical test programmes on drillcores and bedrock samples from surface outcrop, as well as conceptual scoping studies.

Further to an assessment of the project's status with its retained consultants, and specific legal advice obtained, the Board has determined that there is a low probability of being able to secure an exploitation concession and the requisite environmental permits for any potential future mining activity at Ruoutevare. This is principally a reflection of the fact that the area holds designations as an Area of National Interest with respect to nature conservation, tourism and outdoor recreation. Furthermore, the project is located within the Laponia World Heritage area and proximate to the Sarek National Park. These designations, the competing interests of other land users and special protections afforded to the area under the Swedish Environmental Code, impose significant restrictions on any potential development and permitting activities. The lack of access to rail and heavy duty road infrastructure further reduces the potential for economic development. Accordingly, the Board has decided not to pursue its existing extension application and has now relinquished the project's exploration permit.